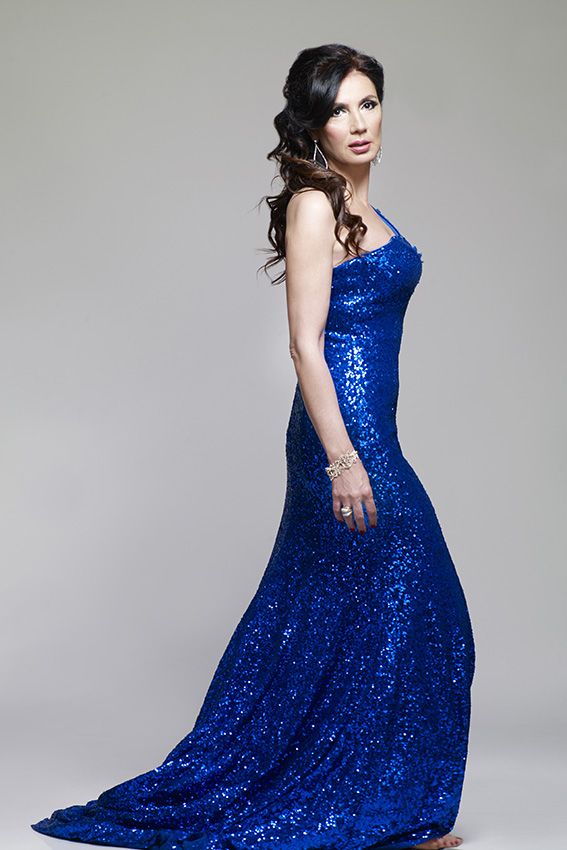 Mezzo-soprano, obtained her Honours degree from the Faculty of Arts and Music at Belgrade University, Serbia, where she majored in solo singing.

In 1989, the Italian government granted her a scholarship for one year, to proceed her further studies at the Milan state Conservatory "Giuseppe Verdi".

In addition to Italian, she has studied and sang in Russian, German, English and French languages.

Her opera debut was the role of Rosina in Rossini's "Il barbiere di Siviglia" at the Serbian National Theatre .

After one year, she began to appear on various European stages:

Cagliari Teatro of Sardinia and Trapani of Sicilia, Italy in "Rigoletto";

She is also a constant guest artist at the Bonn State Opera from 1994 to 1996, where she sung in different productions of "The Tales of Hoffman", "Il barbiere di Siviglia", "Pique Dame" under the management of renown Yuri Ljubimov, with best criticism of the German Press.

In the Serbian National Theatre of Novi Sad, she had her debut as Charlotte in "Werther" in 1995, Azucena in "Il Trovatore" in 1996 and the title role in "Carmen" in 1997. For all those roles she has won the prizes of the "Greatest Artistic creation".

From 1998, she became the leading mezzo-soprano of the National Theatre in Belgrade, where she took the stage as Carmen, Eboli in "Don Carlo", Azucena in

For the roles of Carmen and Amneris she won again the prizes of the "Best Artistic Creation".

In the same time, she performed in Teatro Massimo di Palermo, Italy, Maddalena in "Andrea Chenier",

Azucena in "Il Trovatore" in Kings Opera in Oslo, Norway,

Lola in "Cavalleria rusticana" at the Teatro Real, Madrid, Spain,

Olga in "Eugene Onegin" at the Palacio Festivales, Santander, Spain, and many others.

She also continued with many solo recitals in Geneva, Bern, Treviso, Oslo, Copenhagen, Moscow, Athens etc..Of her career aside and also solo recital in " Kennedy Center" in Washington DC, 2010.

As an exclusive artist of PGP, Dragana has released numerous solos and chamber music recordings with the Symphony Orchestra of Radio and TV Serbia and ex-Yugoslavia. She appeared in a very important Yugoslav-French movie coproduction "Migrations", the notable role of Cleopatra.

She engages herself in many humanitarian activities.

From 2002, she is "Citoyen d'honneur" of the Zemun town of Belgrade.